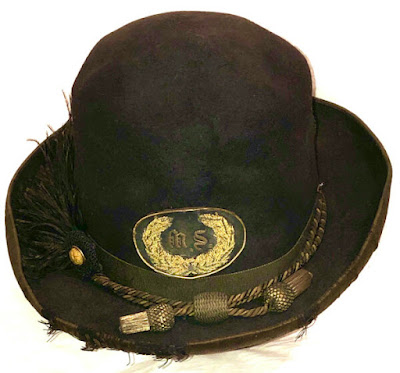 “You cannot imagine the sickening scenes of a siege,” Surgeon Samuel C. Hartwell of the 38 th Massachusetts wrote to his wife Ellen back home in Southbridge, Massachusetts in the wake of another failed Union assault on Port Hudson in June 1863. “The dead lying in ghastly stiffness until, under the flags of truce, they can be removed for burial; the horrible wounds produced by shells, tearing and lacerating the body and limbs into hopeless severity. The stench of the dead horses and mules makes an awful scene which satisfies with a single sight. The wounded who lay a few hours have their gaping wounds filled with maggots and vermin and the suffering of some of those who are not easily approached under fire of the enemy are inconceivable.” General Nathaniel Banks’ army was settling into its third week of siege around Port Hudson on the Mississippi, licking its wounds after suffering very heavy casualties attempting to take the town by storm on June 14, 1863 when Dr. Hartwell wrote home.
Post a Comment
Read more

His Grave is Marked by the Lid of a Cartridge Box: A Death at Vicksburg 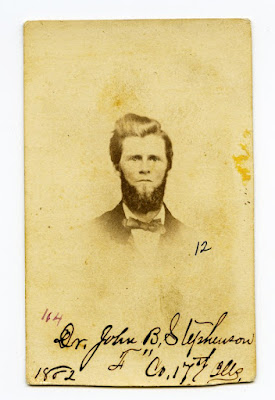 S urgeon Henry Penniman of the 17 th Illinois didn’t witness the death of Dr. John B. Stephenson of his regiment at Vicksburg, but he saw the effect Stephenson’s death had on the rest of the hospital detachment. “We had a fine young man killed out of our hospital mess and since that the balance, some nine or ten men, are more profane, more trifling, more reckless, and everything that indicates a worse condition of heart then before,” he noted in a letter to his wife. “To pass away the time, play cards, drink, eat, run around, or do anything that will hinder the serious thoughts of eternity, this is all.”           Stephenson, serving as a sergeant in Co. F but detailed to the medical department of the regiment, had been up front observing the effect of Federal artillery fire on the afternoon of May 28, 1863, when the end came in the form of a sharpshooter’s bullet to the head. “He died instantly. He never spoke,” recalled his company commander Captain Josiah Moore. “We had a coffin
Post a Comment
Read more

Vignettes of the Battle of Franklin 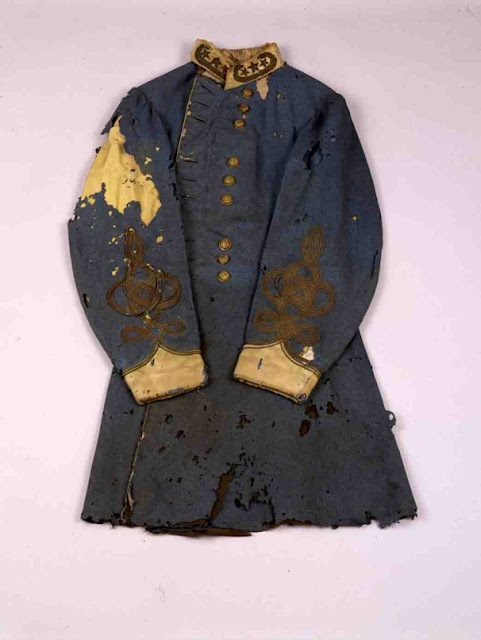 T he Battle of Franklin, fought on Wednesday, November 30, 1864, is widely regarded as one of the hardest fought battles of the Western Theater during the Civil War. The Army of Tennessee under General John Bell Hood clashed with a retreating Federal force commanded by General John M. Schofield as the sun set over the small Harpeth River town of Franklin, Tennessee, and in the ensuing hours of ferocious combat inflicted more than 8,500 casualties upon each other.   The personal accounts from eight men who fought at Franklin give us some sense of the ferocity of this struggle, and the sense of loss felt on both sides of the battle. Reading these accounts,  you'll experience the audacity of the Confederate charge as viewed from both sides of the line, ride alongside Generals Hiram Granbury and Pat Cleburne in their final moments, read an incredible story of heroism as one Tennessean recalls how he captured a Federal flag, rush forward with an Illinois veteran in Opdycke's charg
Post a Comment
Read more

Fighting on Both Sides of the Works: The 20th Ohio and the Battle of Atlanta 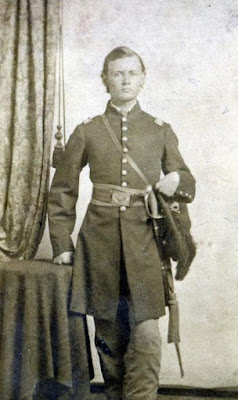 In the aftermath of the Battle of Atlanta, Adjutant Henry O. Dwight wrote the following account of the battle for publication in the New York Times which appeared on the front page of the August 12, 1864 edition.
Post a Comment
Read more

A Gentlemanly Sort of War: The Piatt Zouaves Survive Princeton 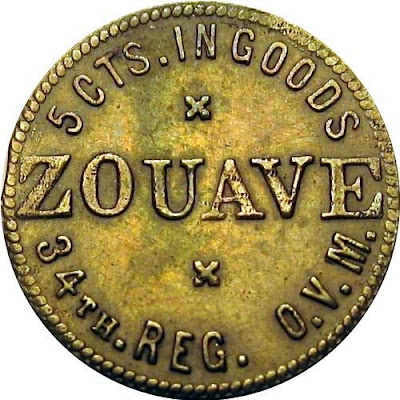 I n May of 1862, the 34 th Ohio, also known as the Piatt Zouaves, took part in General Jacob D. Cox’s demonstration against the Virginia & Tennessee Railroad. This railway ran more than 200 miles through the valley of Virginia between Bristol and Lynchburg and proved to be a vital means of supporting the Confederate war effort in eastern Virginia, providing a direct rail connection between the eastern and western halves of the Confederacy. Besides moving troops, the railroad also moved mined copper from Cleveland, Tennessee, lead from the mines near Bristol and at Wytheville, and salt from Saltville.           The expedition didn’t go as planned as one Zouave recalled in a letter home. Confederate general Humphrey Marshall moved to confront Cox’s division and, in the process, Cox divided his force attempting to strike at Marshall. An engagement was fought at Princeton where the two divided halves of Cox’s troops attacked Marshall’s position, but this proved a signal failure. “
Post a Comment
Read more

Determined to Conquer or Die: With the 24th Indiana at Champion Hill 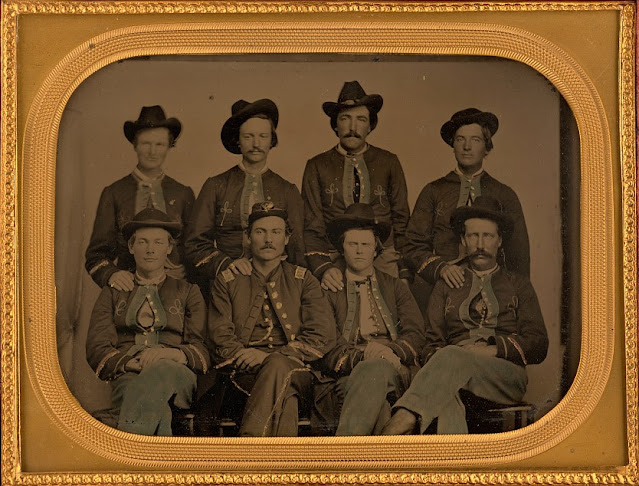 T he ultimate triumph of Grant’s Vicksburg campaign in July 1863 in a way masks the hard fighting that it took for the Federals to take the Confederate bastion. The price for Vicksburg included not just the siege itself, but tough engagements at Raymond, Jackson, Champion Hill, and Big Black River that allowed the Federal army to approach Vicksburg from behind and encircle the town.   For Captain Francis Redburn of the 24 th Indiana the toll in casualties and personal loss proved staggering. At just the Battle of Champion Hill alone, his regiment lost 201 men killed and wounded while Redburn’s own company lost 21 men of that total. “I crossed the Mississippi River on the 30 th of April with 54 men and since that time I have lost 25 men killed and wounded,” he wrote. “While we rejoice on account of our great victories, let us not forget to remember that we are called on to mourn the loss of the gallant dead. Those comrades were all dear to me. We have been associated together and ha
Post a Comment
Read more

In the Center at Chickamauga 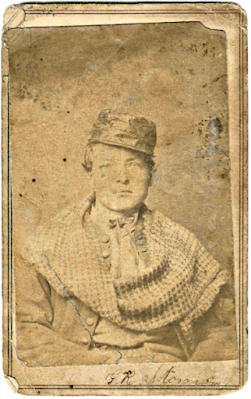 G il Stormont of the 58 th Indiana numbered himself amongst those “lucky” enough to have a front row seat at the most dramatic moment of the Battle of Chickamauga: Longstreet’s assault upon the Federal center on September 20, 1863.            It all happened by accident. His company had been sent out as skirmishers that morning and when Longstreet’s attack began, Stormont ran back across Brotherton Field to rejoin the regiment only to find that they were gone. He fell in with the ranks of the nearby 13 th Michigan. “The Rebels came on us in columns eight or ten deep and there being only two regiments to contend against them, we poured volley after volley into them, but still they came,” Stormont informed his sister. “They came within 20 yards of us and there they stood loading and firing as impudent as you please; they, however, did not have much effect on us as we were protected somewhat, but we could see them fall in piles from our firing.”           Then the Confederates cha
Post a Comment
Read more
More posts