Showing posts from August, 2017
Show all

Harlan Bradford at the Battle of Cross Keys 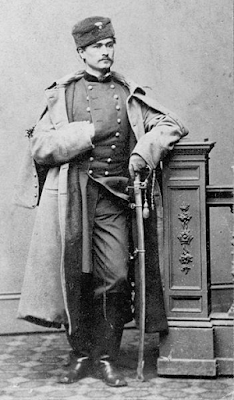 The Battle of Cross Keys, Virginia was fought on June 8, 1862 and consisted of a clash of the Federal army under General John C. Fremont and Stonewall Jackson's Confederate army just north of the town of Port Republic, Virginia. Jackson had been retreating through the Shenandoah Valley for several days to escape three Federal armies that were in pursuit: Fremont's, Banks', and McDowell's. Battery I of the 1st Ohio Volunteer Light Artillery under the command of Captain Henry F. Hyman (this is also sometimes listed as Hayman, the state roster says Hyman) was attached to Milroy's Brigade, which consisted of the 2nd, 3rd, and 5th West Virginia Infantry regiments, along with the 25th Ohio, 1st West Virginia Cavalry, and two more batteries: Ewing's Battery G, West Virginia Light Artillery and the 12th Ohio Battery. The following letter, originally published in the July 2, 1862 edition of the Portage County Democrat , who written by Corporal Harlan P. Bradf
Post a Comment
Read more 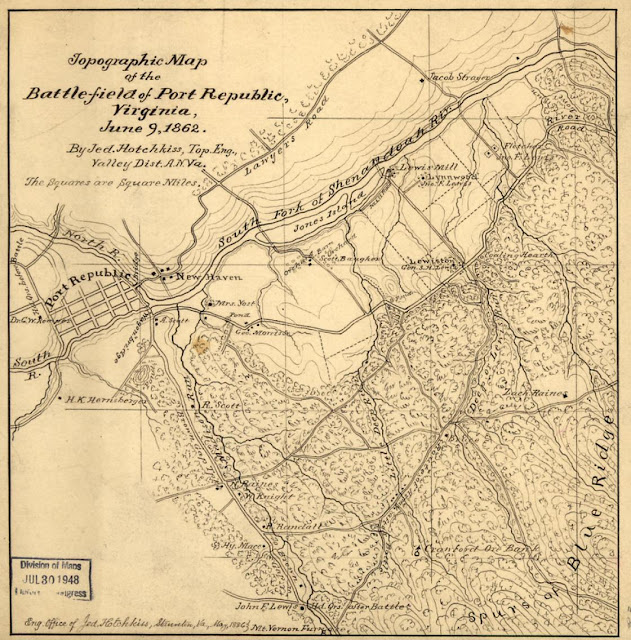 As I had the opportunity to "fall in" and take part in yesterday's reenactment of the Battle of Port Republic at the Hale Farm and Village Civil War event, I thought it would be appropriate to share a couple of letters from Adjutant Theron Winship of the 29th Ohio Volunteer Infantry giving his experiences of that battle. The Battle of Port Republic, while a Confederate victory, was an incredibly hard-fought battle. The two Union brigades, under the overall command of Brigadier General Erastus B. Tyler (please see my Monocacy post from July 9th) acquitted themselves well, giving the Confederate army under Thomas J. 'Stonewall' Jackson a sharp bloody nose before being leveraged out of their position and forced to retreat. Port Republic was the crowning victory of Jackson's Valley campaign, in which he successfully kept three Union armies under John Fremont, Nathaniel Banks, and Irvin McDowell busy chasing him hither and thither throughout the Valley, and there
Post a Comment
Read more 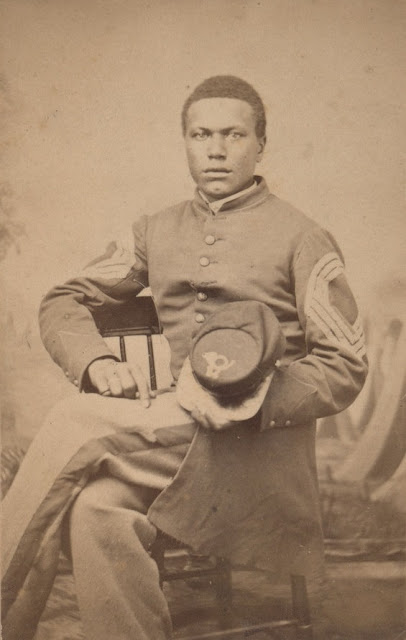 Along the northern bank of the Maumee River in a quiet cemetery rests the remains of one of the heroes of the Civil War, Sergeant Major John H. Wilson of the 54th Massachusetts Volunteer Infantry. Sergeant Major John H. Wilson had this photo made in June 1864, proudly displaying both his newly won sergeant major stripes upon his shoulders and the brass regimental number "54" on his kepi. John H. Wilson was born a free man February 1, 1840 in Cincinnati, Ohio. By the time of the Civil War, he was working aboard Ohio River steamboats as a painter. No doubt he witnessed the arrival of dozens of vessels carrying wounded back from the Southern battlefields of Shiloh and Stones River during his time on the river. Learning in the spring of 1863 that Massachusetts was raising a regiment of Negro soldiers, Wilson traveled east and enlisted in Company G, 54 th Massachusetts on April 16, 1863 at Readville, Massachusetts. The company descriptive book lists him as 5' 8” tal
1 comment
Read more
More posts