Showing posts from February, 2022
Show all

The Legend of Scotty: John Gray of the 5th Ohio 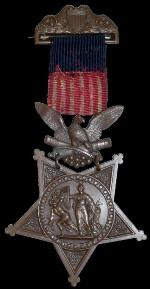 On March 14, 1864, the 5 th Ohio Infantry had just reconvened at Camp Dennison after their 30-day veteran’s furlough and were in the process of getting organized to return to the front in March 1864. That day there was an impressive ceremony staged to honor one of the most notable characters in the regiment, Private John Gray also known as “Scotty.” The object of the ceremony was to present Scotty with the Medal of Honor for his heroism at the Battle of Port Republic 20 months earlier. Unfortunately, not much is known about John Gray’s life before or after the war. We do know that he was born in 1836 in Dundee, Scotland and had emigrated to the U.S. prior to the war and that he was a Cincinnati, Ohio resident at the time of his enlistment. He joined Co. B of the 5 th Ohio Volunteer Infantry as a private. The company arrived at camp in May 1861 attired in gaudy Highland uniforms complete with kilts; they soon traded in their tartans for regulation Army blue and went to war. Civil Wa
Post a Comment
Read more

Hog Stealing with the 90th Ohio 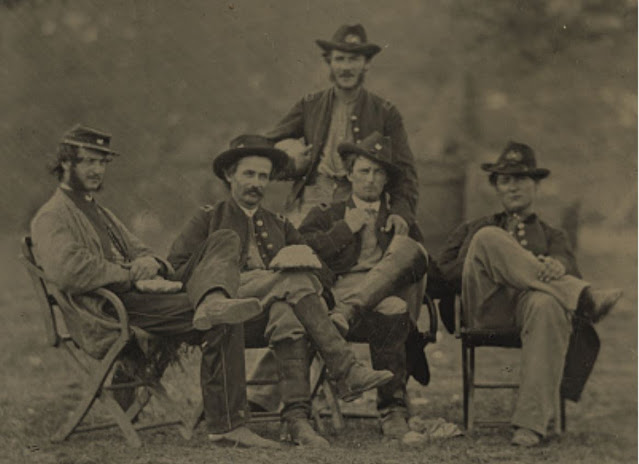 Corporal David C. Goodwin’s tale of stealing a hog then mouthing off to Colonel Charles Harker gives an interesting insight into how many of the citizen soldiers struggled with adapting to army discipline during the war. It was October 1862 and the 90 th Ohio was marching in pursuit of Braxton Bragg’s army into southeastern Kentucky. Goodwin was left behind and found himself scrounging for food when his rations gave out. (As an aside, the I think Goodwin changed the names of the officers involved as regimental rosters for the 65th Ohio show no Lt. Col. Young or Lt. Tunnahill.)
Post a Comment
Read more

Little Dreamed of the Horrors of War: A Civilian’s View of Chickamauga

In 1891, Henry O. Harden, editor of the Fairfield-Pickaway News and veteran of the 90 th Ohio Volunteer Infantry, visited Chickamauga battlefield. While visiting the sites where his regiment fought 28 years before, Harden sat down and had a conversation with Mary J. (Snodgrass) Merciers. At the time of the battle, 19-year-old Mary lived on the farm of her father George W. Snodgrass and the family house served as General George H. Thomas’ headquarters during the battle for Snodgrass Hill on September 20, 1863. Harden recorded her comments which he later published in his newspaper and in his regimental history of the 90 th Ohio Volunteer Infantry.
Post a Comment
Read more

The Heavy Work is Done: Mustering Out the 21st Ohio Infantry 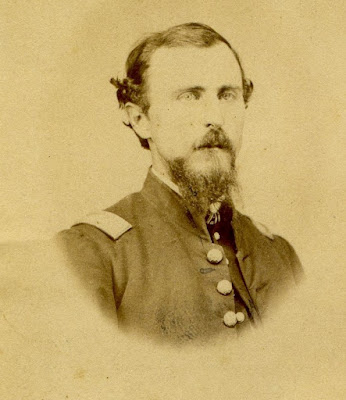 One can only imagine the thoughts of Captain Jacob L. Keller of the 21 st Ohio as he and his comrades steamed placidly down the Ohio River on June 12, 1865. It was the second time the Buckeye officer had taken a steamboat ride upon the Ohio River with the regiment; the first time was in November of 1861. “The trip down the river was much more pleasant than the one from Catlettsburg, Kentucky in the winter of 1861,” he later wrote. “Then it was stormy and cold- now it was splendid summer weather. Then the heavy work was before us- now it was done. It seemed as though all in nature conspired to make our return trip home pleasant. The sight of the hills of our dear Ohio cheered us, and steamboat captains did what they could to make the trip downriver pleasant.” Captain Jacob L. Keller, Co. A, 21st O.V.V.I. "Then the heavy work was before us- now it was done."           The “heavy work” of four years’ service included playing key roles in some of the most crucial battles
Post a Comment
Read more
More posts