Showing posts from July, 2018
Show all

Captain Reid of the 63rd Pennsylvania at Fair Oaks 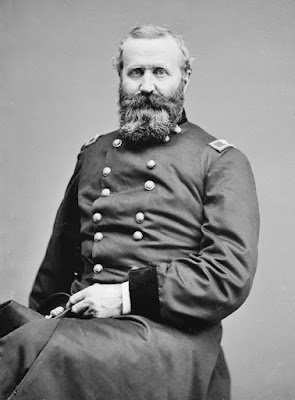 As promised in a previous post entitled "Buckeyes at Fair Oaks" (see here ), today I am posting an incredible battle account of Fair Oaks written by Captain Bernard J. Reid of Co. F, 63rd Pennsylvania Volunteer Infantry.       You might be wondering what the Ohio connection is here as, after all, this is a blog focused on highlighting the contributions of Ohioans in the Civil War. It is this: Captain Reid wrote this letter to his brother James V. Reid who was the editor of the Steubenville Herald published in Steubenville, Ohio. James was so impressed with the letter that he published it in its entirety on the first page of the June 25, 1862 issue. As related previously, finding accounts written by participants of McClellan's Peninsula Campaign in Ohio newspapers is something of a rare treat, so without further ado... Bivouac at Fair Oaks, 8 ½ miles from Richmond, Virginia June 10, 1862             My dear brother: I take advantage of an unexpected rainsto
Post a Comment
Read more

With the Regular Artillery at Stones River 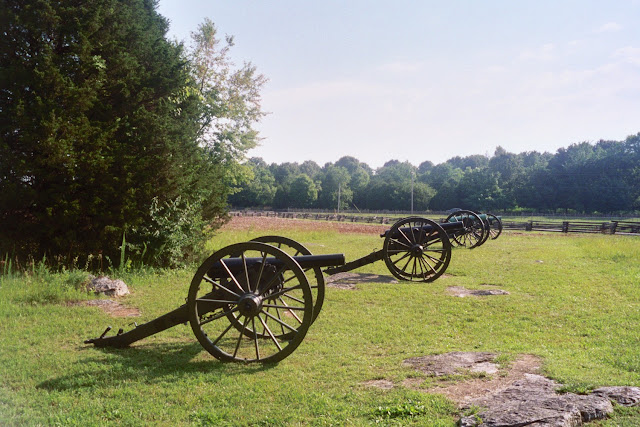 On the first day of the Battle of Stones River, the Regular Brigade of the Army of the Cumberland, consisting of the 15th, 16th, 18th, and 19th U.S. Infantry regiments with Battery H, 5th U.S. Light Artillery, waded into the cedar forest late in the morning to halt the Confederate assault that had broken Alexander McCook's Corps. Last summer, I shared an account from Frank Reed of Co. H, 1st Battalion, 15th U.S. Infantry giving an infantryman's perspective of this crucial moment in the battle (see:  http://dan-masters-civil-war.blogspot.com/2017/07/with-regulars-at-stones-river.html ) ; this post will feature an account from an artilleryman's perspective of this same action.  Cleveland resident  John Carroll was then serving in Battery H, 5th U.S. Light Artillery which was under the command of First Lieutenant Francis L. Guenther, and he wrote this fine battle account which was published in the January 16, 1863 issue of the Cleveland Morning Leader.  Camp at Murfreesb
Post a Comment
Read more

Atop the Coaling: the 66th Ohio at Port Republic 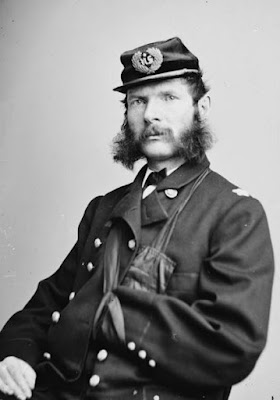 As this marks my 50th blog post, I wanted to put together something special to note the occasion and decided to share a sneak preview of a future book that I'm working that shares the experience of William A. Brand of the 66th Ohio Infantry. In a truly extraordinary series of letters that he wrote to the Urbana Citizen and Gazette , Brand documented the regimental experience from the point of view of an ordinary private in the ranks but with a twist: he was detailed to assist his father Joseph C. Brand (who was the regimental quartermaster) in the quartermaster's department. By 1864, the younger Brand took over from his father and served as regimental quartermaster for the duration of the conflict.  The letter below was published in the June 26, 1862 issue of the Citizen & Gazette and is one of the best accounts of Port Republic I have come across. The 66th Ohio played a critical role in the battle, providing direct support to the Federal batteries arrayed atop The Coali
1 comment
Read more

Buckeyes at the Battle of Fair Oaks 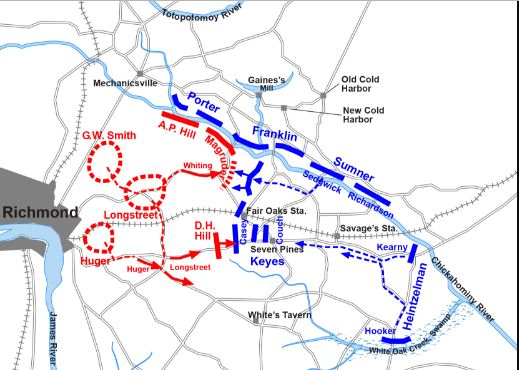 The composition of General George B. McClellan's Army of the Potomac as it embarked on the Peninsula Campaign has few Ohio connections- no Ohio unit served in his army at that time, and the few Ohioans present were in the ranks of the 59 th and 65 th New York regiments. However, Ohio's newspapers often carry letters from soldiers serving out of state, and I present today a couple of short accounts of the Battle of Fair Oaks, Virginia, which was fought May 31-June 1, 1862 on the outskirts of the Confederate capital. Both letters were written by privates of Pennsylvania infantry regiments to the East Liverpool Mercury : Thomas Beardmore of Co. K, 23 rd Pennsylvania, and John W. Harsha of Co. K, 102 nd Pennsylvania. East Liverpool, Ohio, located along the north shore of the Ohio River at the conjunction of the borders of the states of Ohio, Pennsylvania, and West Virginia, was at the time of the Civil War a developing center of the pottery industry and had a population of 1,
Post a Comment
Read more
More posts