Showing posts from September, 2018
Show all

"Our Kirby:" Colonel Joseph L. Kirby Smith and the 43rd Ohio at the Battle of Corinth 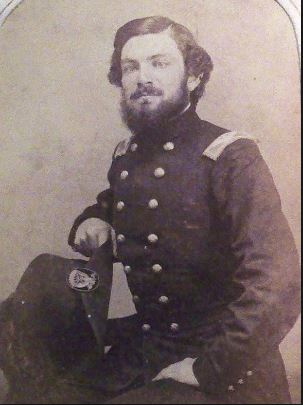 Colonel Joseph Lee Kirby Smith, 43rd Ohio Volunteer Infantry Died of wounds October 12, 1862 at Corinth, Mississippi "Our Kirby" Colonel Joseph Lee Kirby Smith was born July 25, 1836 in New York, New York into a military family- his grandfather Joseph L. Smith served as a Colonel during the War of 1812 and his father Ephraim Kirby Smith (known as E. Kirby Smith during his lifetime) was killed during the Mexican War while serving as a Major in the 5 th U.S. Infantry. Joseph entered West Point from the state of New York in 1853; he graduated sixth of the class of 1857 and entered service with the topographical engineers. The onset of the Civil War deepened the fissure already present in his family. His uncle was the notable Confederate General Edmund Kirby Smith, who like his older brother, was an old Army regular and veteran of the Mexican War. Joseph bore a deep dislike of his uncle as Edmund took the name of E. Kirby Smith following the death of Joseph’s father; Jos
2 comments
Read more

One Thousand sable heroes martialed for the defense of their country 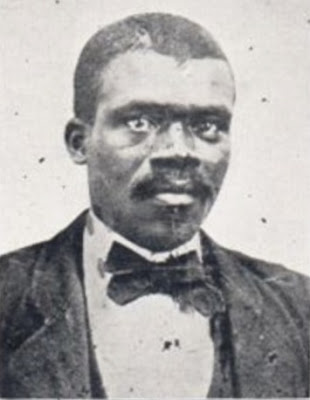 In part I of this series, I recounted the story of Addison White’s escape from bondage in Kentucky, his dramatic confrontation with slave catchers at the home of Udney Hyde in Mechanicsburg, and the subsequent events that led to the Battle of Lumbarton and the storied “Green County Rescue Case” in which two white Ohioans faced federal charges for their defiance of the Fugitive Slave Act of 1850. This second part of the story leaps ahead six years to the spring of 1863 when the momentous issue of enlisting black men into the army to help in suppressing the Civil War had just begun. The intention is to explore a bit of how the community of Urbana viewed these enlistments, all for the purpose of setting the stage for an insightful letter written by Addison White while he was serving in the 54 th Massachusetts Infantry… Addison White Addison White would get a chance to strike yet another blow for freedom, but it would take a six years and a bloody civil war to provide that chan
Post a Comment
Read more

Willing to whip his weight in wildcats: The Addison White Story Part I

As this week marks the 156 th anniversary of two significant turning points in the Civil War, specifically the Battle of Antietam and Lincoln’s issuing of the Emancipation Proclamation, it seemed an opportune time discuss the real world outcome of those events and how it impacted Ohioans. Lincoln’s proclamation and the Union’s continuing struggles with suppressing the rebellion opened the door in early 1863 for the acceptance of black troops into the army. Governor John Andrew of Massachusetts secured approval to raise the first black regiment in January 1863- this would become the famous 54 th Massachusetts Infantry which contained in its ranks a number of Ohioans. Click here to read part II of this story. (Stories about a couple of these Ohioans of the 54 th Massachusetts have been featured in earlier posts which can be viewed here: Napoleon Rector’s letter The gravesite of Sergeant Major John H. Wilson This article (the first in a two part series) will focus on
Post a Comment
Read more
More posts