Showing posts from January, 2021
Show all

The following two letters written by Captain William E. Woodruff, Jr. describe the role his four-gun battery played in the Confederate victory at the Battle of Wilson’s Creek, Missouri on August 10, 1861. Woodruff and his men received much praise for their steadfast courage at the battle, their first engagement. Surgeon William A. Cantrell of the 1 st Arkansas Mounted Rifles stated that Woodruff’s battery “was the mainstay of the contest and did signal service in gaining the battle. I have heard a great many speak of the execution of this battery and of the scientific manner in which his guns were handled. He held Totten’s battery in check and finally ran him off the field.” Another soldier commented that “Captain Woodruff sustained himself admirably and is a bold and gallant officer, has the praise of the whole army. He threw shot, shell, and grape on Totten’s battery to such an extent that he had to retreat. At the charge of Gratiot’s and the Louisiana regiments, Woodruff’s battery
1 comment
Read more

Surrounded by “That Devil Forrest” at Parker’s Crossroads 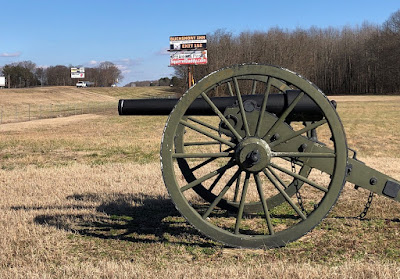 By midafternoon of Wednesday December 31, 1862, Adjutant Henry Clay Gooding  (1838-1913) of the 122 nd Illinois Infantry was certain that he was about to become a prisoner of General Nathan Bedford Forrest’s troopers. Tending his wounded colonel, the former Hoosier ducked to avoid bullets flying from front, rear, and both flanks. “Several of my intimate friends were in my sight mortally wounded. As many as a dozen were on their elbows with their heads raised and imploring help at the same time; others lay in their death struggle. Some were killed after being wounded by the fire of both sides across the field. Passing from one to another, I was often compelled to lie down until the firing abated. Trees did but little good as the shots came from every direction,” he commented. “The butternuts who had been in our front supposing our men retreating came in the woods in squads and we even freely talked with them. They made no effort to take us, thinking that they had the whole army. We t
Post a Comment
Read more

Holding the Flank at Greenbrier with the 3rd Arkansas 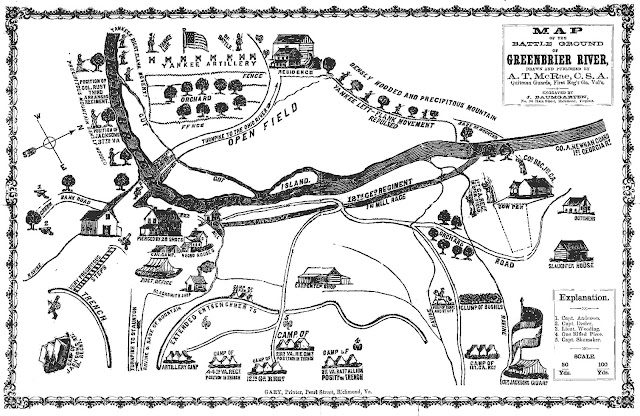 The 3rd Arkansas Infantry arrived in western Virginia truly ducks out of water. They were the only regiment from Arkansas in the theater, and their rough-hewn appearance made their Virginia comrades view them as " ignorant country boys." While the regiment would go on to greater fame as part of Hood's Texas Brigade with the Army of Northern Virginia, it spent much of its first year of service in the foreboding mountains of western Virginia, taking part in the battles of Greenbrier and Camp Allegheny.      Sergeant Major Frederick Lawrence of the 3rd Arkansas penned the following letter describing the Battle of Greenbrier, Virginia which took place on October 3, 1861. A Federal force of eight regiments and three batteries under General Joseph Reynolds marched from Cheat Mountain with the intention of breaking up the Confederate force stationed at Camp Bartow on the Greenbrier River. The 3rd Arkansas formed the left flank of the defending force and was able to successf
Post a Comment
Read more

Trembling in Our Very Boots: A Hoosier Describes Mill Springs

Lieutenant Thomas A. Cobb of the 10th Indiana Infantry was stirred to battle by the long roll echoing in the cold, shadowy morning of Sunday, January 19, 1862. "At 7 o'clock, our encampment was alarmed by an attack upon our pickets, " he wrote. "The long roll beat and regiments began to form. The 10th Indiana being the first formed and nearest the post of the pickets which were from our regiment. We waited not for other regiments but went at a double quick near a mile to the relief of our pickets."  Once Cobb and his comrades arrived, they could just make out of the fog a solid line of gray and butternut:  General Felix Zollicoffer's army. "Here we were, one regiment contesting the ground against eight regiments." Lieutenant Cobb's letter appeared on page 3 of the February 19, 1862 edition of the Cadiz Democratic Sentinel published in Cadiz, Harrison Co., Ohio. The letter was addressed to Cobb’s uncle Samuel Foreman and published at Foreman’s
Post a Comment
Read more 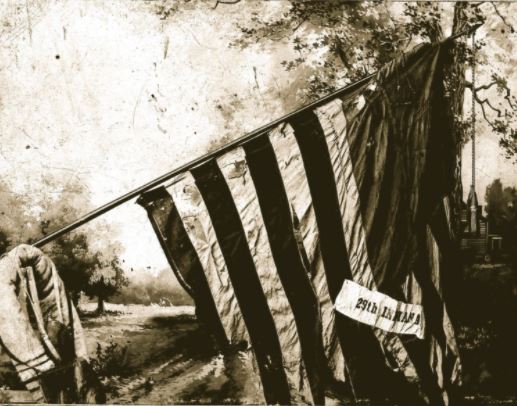 At the Battle of Stones River, the soldiers of the 29 th Indiana were among the first Federal units struck by the dawn attack by the Army of Tennessee and were driven from the field. At Chickamauga, the Confederate nighttime attack of the evening of September 19, 1863 proved nearly as disastrous. “Our brigade is nearly annihilated,” commented Captain James H.M. Jenkins of the 29 th Indiana. Most of the 77 th Pennsylvania and 79 th Illinois had been captured in the fighting. “We number less than 350 men in the four regiments of the brigade.” Jenkins’ company suffered staggering losses. Jenkins’ northern Indianans marched onto the field of Chickamauga with 28 enlisted men; by the end of the battle, 23 of the 28 were listed as casualties. The regiment started with 305 and could only gather 125 around the regimental campfires on the night of September 20 th .           Two weeks after the battle, the situation at Chattanooga had settled down enough to Captain Jenkins found time to
Post a Comment
Read more

A Most Estimable and Devoted Lady: The Indomitable “Mother George” 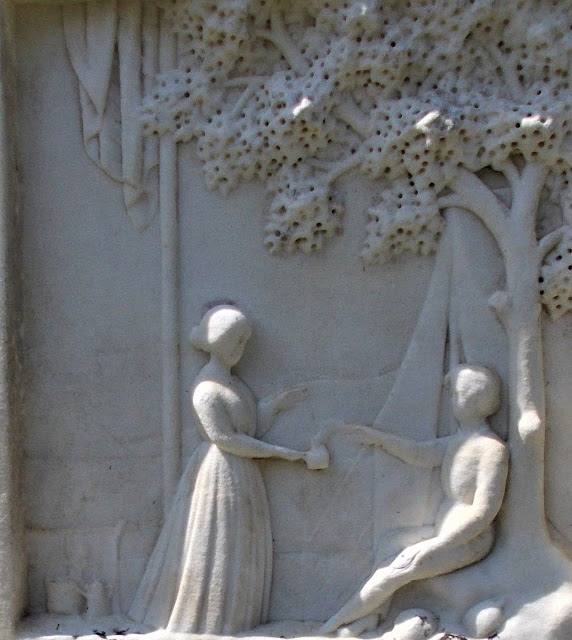 In the final days of the Atlanta campaign, the 56-year-old Mrs. Eliza E. George of the U.S. Sanitary Commission observed the spires of Atlanta from the safety of her hospital camp behind Union lines and pondered the events of the past three months. “I am within two miles of Atlanta and have seen the city a number of times from a hill a short distance from camp. The hill is so densely shaded with forest trees that we cannot be seen,” she wrote. Cannon fire and musketry echoed in the distance and a pall of smoke added a dusky hue to the heat of a late August Georgia afternoon. Eliza George had led an extraordinary life. Born in Bridport, Vermont in 1808, she married Woodbridge C. George and had three daughters, one of whom married Sion Bass who was killed while serving as colonel of the 30 th Indiana at the Battle of Shiloh. The death of her beloved son-in-law prompted the Widow George (her husband had died before the war) to volunteer her services with the U.S. Sanitary Commission. R
Post a Comment
Read more

Escape from the Island: An Arkansas Yankee and the Surrender of Island No. 10

Captain Frederic W. Hoadley, a native of Connecticut serving as an Arkansas officer on detached duty with the 1 st Tennessee Heavy Artillery at Island No. 10, knew the end was near when a Yankee gunboat thundered by and dismounted his pieces. “We hit the boat but could do her no harm,” he stated. “That night another boat passed the Island batteries and at daybreak both showered their balls upon our dismounted batteries.” The next morning, Captain Hoadley was busy spiking his guns when he noticed that a Federal landing party was heading for his position. “We started on a run across an open cornfield under a severe fire from the Minie muskets, the bullets of which whistled uncomfortably near our heads. Some 30 of them started to head us off, loading and firing as they ran, all the time hallowing at us,” he reported. A week later, Captain Hoadley recalled his near escape to the readers of the Arkansas True Democrat in Little Rock, Arkansas. A year later, then Major Hoadley wouldn’t es
Post a Comment
Read more

With the Intrepidity of Veterans: The 6th Arkansas at Shiloh 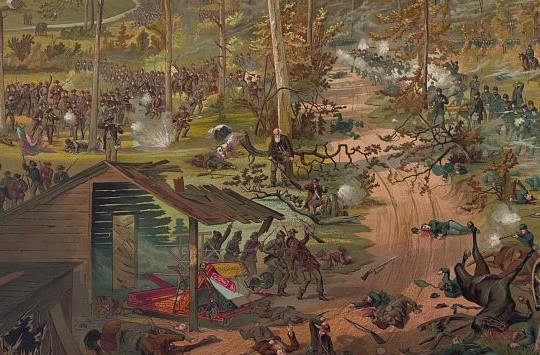 At the Battle of Shiloh, the 6th Arkansas Infantry was part of Brigadier General Thomas C. Hindman's First Brigade of General William J. Hardee's Third Corps. The regiment became engaged mid-morning against John McClernand's division north of the Hamburg-Purdy road, attacking Colonel Abraham Hare's brigade. The intensity of combat and the confusion of it all was a shock to the troops involved, including Captain John Reardon of Co. A who wrote the following letter to the Arkansas True Democrat back in Little Rock. " There was so much confusion during the fight that I cannot give you a description of it but can give some interesting details perhaps," he wrote. It was the first real fight for the 6th Arkansas, and a tough one as the regiment sustained 144 casualties in the first day's fighting. " This was the first charge of the 6 th  Arkansas and Hindman told us if we did no other fighting we had immortalized ourselves," he stated. Battle of
Post a Comment
Read more

Standing Up to the Work: A Captain's View of Belmont 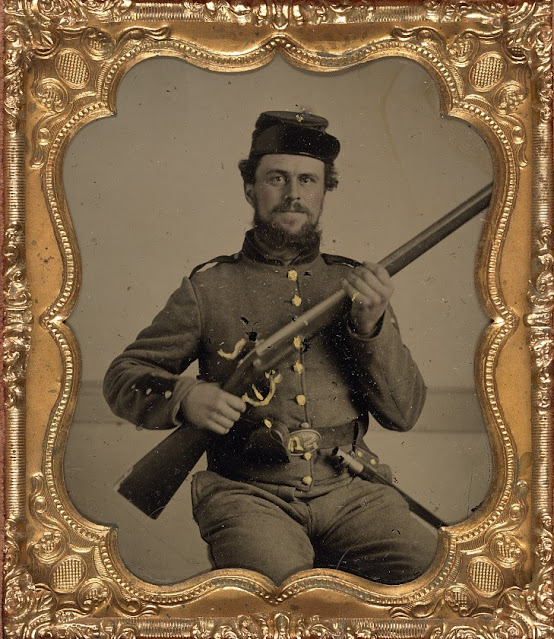 Captain John Seaton walked off the battlefield of Belmont battered but “feeling bully” as the Civil War veterans used to say when they felt elated. “I was hit by a spent ball just under the eye which beyond the effect of bringing the claret did no damage to me,” he commented. The captain had lost his new frock coat and sword in the confusion of the battle but was proud of his battlefield trophy: a Maynard Rifle Carbine that he had purloined from the Confederate camp. “Alton may continue to feel proud of her fair fame, for her boys stood up to the work like veterans. I did not see a man show a disposition to shirk,” he bragged. Seaton had led Co. B of the 22 nd Illinois Infantry at Belmont, and while he was a greenhorn, he had sense enough to follow one of the cardinal rules of a successful commander: march to the sound of the guns. “The battle was raging in all its fury. Thousands of infantrymen were busy keeping up the roar of musketry which was also interspersed with the st
Post a Comment
Read more

Opposing Viewpoints: The Sinking of the U.S.S. Varuna 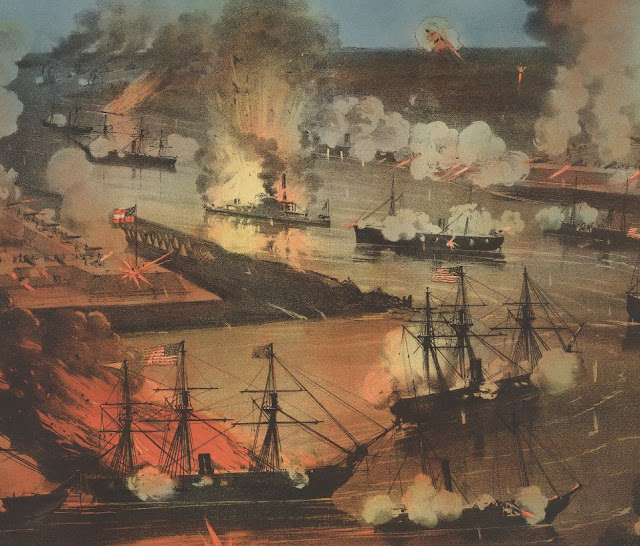 Today’s blog post provides two opposing viewpoints an event that occurred during the Naval Battle of Fort Jackson, Louisiana in the early morning hours of April 24, 1862. A fleet of Union warships under Admiral David Farragut ascended the Mississippi River and forced a passage between the Confederate forts Jackson and St. Philip located on both sides of the river and bulled their way through the assembled Confederate fleet which included the ironclad C.S.S. Louisiana . Among the casualties in the Union fleet was the steamer U.S.S. Varuna commanded by Captain Charles Boggs. Despite the loss of the Varuna , Farragut's fleet successfully passed the forts and occupied New Orleans the following day. Detail from a Currier & Ives print of the Naval Battle of Forts Jackson and St. Philip. Fort Jackson flies the Stars and Bars flag at center left while Fort St. Philip lay across the river. In the foreground, Farragut's flagship the U.S.S. Hartford appears to be aflame, but that
Post a Comment
Read more
More posts