Showing posts from June, 2020
Show all

Used Up at Gettysburg: the 154th New York 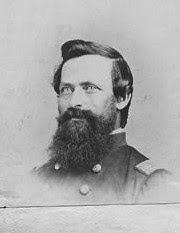 The following account penned by Major Lewis Dennis Warner of the 154th New York speaks to the heavy losses his regiment sustained on the first day of the Battle of Gettysburg. The regiment formed part of Colonel Charles Coster's First Brigade, of General Adolph von Steinwehr's Second Division of General Oliver O. Howard's 11th Corps. Other regiments of the brigade included the 134th New York (the regiment would be consolidated with the 154th during the battle due to losses), the 27th Pennsylvania, and the 73rd Pennsylvania. Thrust into the battle on the afternoon of July 1st, the brigade was sent through town to reinforce the collapsing 11th Corps line northeast of Gettysburg. The 154th was one of the center regiments of the brigade and they were quickly overwhelmed, with most of the regiment being captured along with the National colors.
Post a Comment
Read more 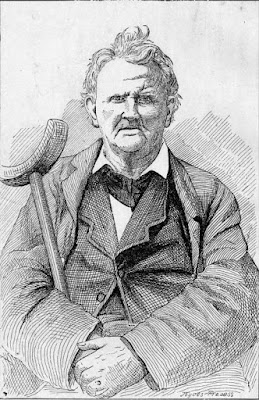 Colonel Thomas Worthington of the 46th Ohio Volunteer Infantry was an interesting character. Son of a governor and senator from Ohio, he graduated from West Point in 1827 but upon the death of his father, he left the service to manage some business interests he had inherited. He served briefly in the Mexican War and was appointed colonel of the 46th Ohio when it mustered into service. The 46th Ohio was sent to Paducah, Kentucky where it was assigned to General William Tecumseh Sherman's new Fifth Division; the regiment was assigned to a brigade with the 6th Indiana battery, and the 6th Iowa and 40th Illinois regiments  placed under the command of Colonel John A. McDowell of the 6th Iowa. Sherman selected McDowell, the younger brother of Irvin McDowell of Bull Run fame, over Worthington which set the stage for a year of bickering between the two men.  Sherman related in his memoirs that Worthington was "a strange character" who, due to his age (Worthington was 55 at Shil
Post a Comment
Read more 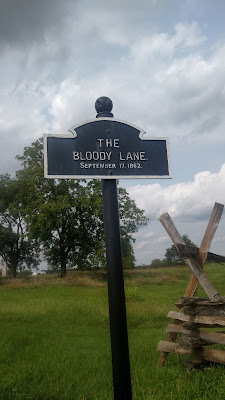 In part three of this series describing the experience of the 8 th Ohio at the Battle of Antietam, we examine the battle from the perspective of the men the 8 th Ohio faced at the sunken road- the Confederates of Colonel John B. Gordon’s 6 th Alabama, Colonel Charles C. Tew’s 2 nd North Carolina, and Colonel Risden Tyler Bennett’s 14 th North Carolina. By reading what their opponents wrote of the battle, we gain some additional insight into the 8 th Ohio’s experience at Antietam.   To circle back a bit, at the dawn of September 17, 1862, General Daniel H. Hill’s division was ordered by General Lee to take a position along the sunken road located north of the Henry Piper farm, this constituting the Confederate center. General Robert Rodes’ Alabama brigade of approximately 850 men went into line to the left of the intersection of the Roulette farm lane and the sunken road; the road makes a slight turn here, and to Rodes’ right the 1150-man North Carolina brigade of General Ge
Post a Comment
Read more

Taking the Sunken Road: The 8th Ohio at Antietam 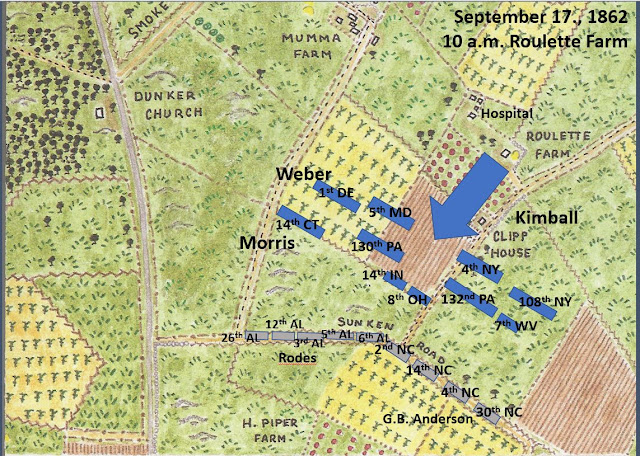 The 8 th Ohio Volunteer Infantry was raised through north-central Ohio in the opening days of the Civil War, with companies being raised in Crawford, Cuyahoga, Erie, Huron, Medina, Sandusky, and Seneca Counties. Company A from Seneca County styled themselves the “Seneca Sharpshooters” while Company B from Cuyahoga County called themselves the “Hibernian Guards.” Co. A- Tiffin, Co. B- Cleveland, Co. C-Bucyrus, Co. D-Norwalk, Co. E- Sandusky, Co. F-Fremont, Co. G-Fremont, Co. H-Medina, Co. I-Elyria, Co. K-Medina The 8 th Ohio, under the command of Lieutenant Colonel Franklin Sawyer at the Battle of Antietam and carried a mixture of arms at the battle. Five companies carried Enfield rifles (Cos. A, B, C, D, and F) one company carried .69 caliber M1842 smoothbores (Co. K), while the remaining four (E,G,H, and I) carried Miles Greenwood converted M1842 .69 caliber rifled muskets.  The regiment belonged to Brigadier General Nathan Kimball’s First Brigade of General
1 comment
Read more

How did Colonel Tew's sword end up in Norwalk? 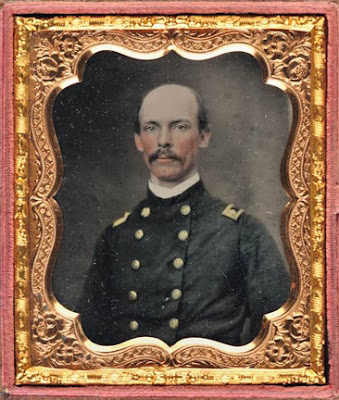 On September 16, 2015, in an extraordinary ceremony at Antietam National Battlefield, representatives of the 33 rd Signal Regiment of the Canadian Army returned a prized relic of the Civil War to the United States. For years, the sword belonging to Colonel Charles Tew of the 2 nd North Carolina had hung quietly on the wall of their mess hall in Canada until a review in 2009 identified it for what it was, and efforts were begun to return the sword to the U.S. It was decided to return the sword to The Citadel, whose cadets had presented Charles Tew with the sword in 1858. With Tew’s descendants present, the sword was turned over to the National Park Service who then gave the sword to cadets from the Citadel. Colonel Charles C. Tew, 2nd North Carolina The story of how the sword came to Canada is a twisty one. It came via an Odd Fellow’s Lodge in Norwalk, Ohio, and understanding a bit of the story of the 8 th Ohio is the key to unraveling another layer of the mystery. Co
Post a Comment
Read more

With the 17th Ohio at Camp Wildcat 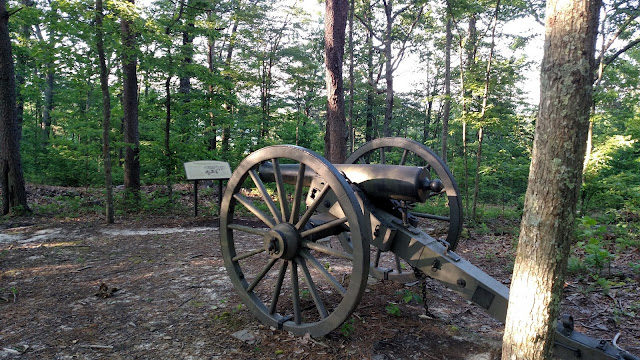 The Battle of Wild Cat, Kentucky was a small but important engagement fought October 21, 1861 between Confederate forces numbering roughly 5,400 men under General Felix Zollicoffer and 7,000 Union troops under General Albin Schoepf. The primary action was fought by four companies of the 33rd Indiana who held off repeated Confederate attacks from their position atop what is today known as Hoosier's Knob. Two Ohio regiments directly participated in the battle (the 14th and 17th Ohio) and Battery B, 1st Ohio Light Artillery also was engaged in silencing a Confederate battery. I recently had the chance to visit this battlefield and it was well worth the visit. It is located agreeably close to I-75 and up a backroad on Rockcastle Mountain about three miles. The trip up was bad but there are several sections of the road that are gravel only and with a few hairpin curves, you'll need to take your time getting up there. The site of the battle itself is along a ridge and the knob; the
Post a Comment
Read more

A Different Vista on the Civil War: An "Ohio" Marked Lorenz Rifle 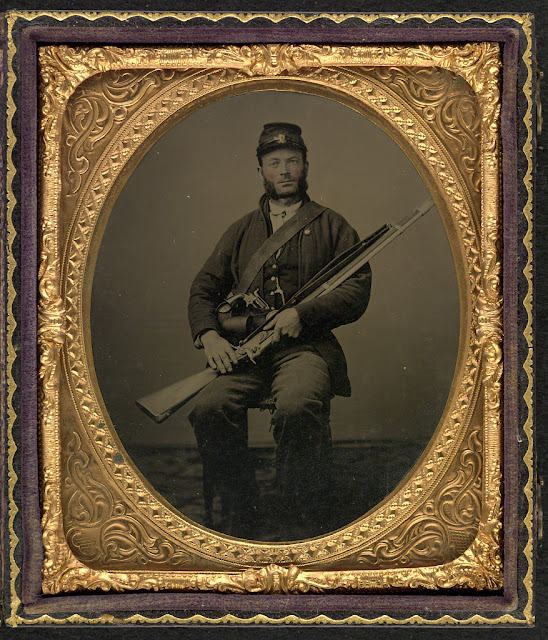 While the focus of this blog has been almost exclusively on chronicling the services of Ohioans during the Civil War through their own words, once in a while it is worthwhile to look into object-based history to help further illuminate the times. Object-based history provides a different vista through which to view past events, by studying the manufacture, use, and history of the objects themselves. Today's post marks my first entry into studying the Civil War through its relics and objects. Unidentified Yankee private holding a Lorenz rifle and Colt revolver (Library of Congress)            I recently acquired an Ohio-marked M1854 Austrian-made .54 caliber Lorenz rifle from a longtime Civil War collector. When I decided to purchase the rifle, I knew little beyond the fact that I had come across dozens of references to this usually well-regarded longarm in my research over the years and it was one of the more attractive weapons from the era. Its European origins
2 comments
Read more

The Fatal Gap: A view from Wood's Division at Chickamauga 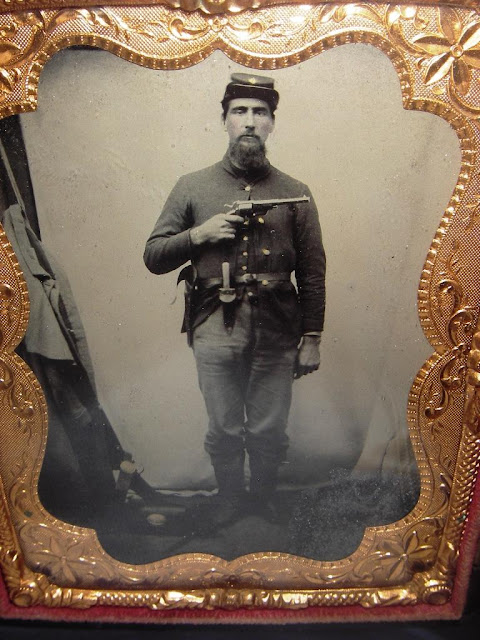 The following two letters written one week apart tell the story of the 64th Ohio Infantry at the Battle of Chickamauga from the perspective of Corporal John A. Gillis of Co. K. The 64th Ohio belonged to Colonel Charles G. Harker's brigade (Third) of Brigadier General Thomas J. Wood's First Division of the 21st Army Corps.  As is well known, it was Rosecrans' order to General Wood to move his division north from its position along the Lafayette Road on the afternoon of September 20, 1863 that opened the fatal gap into which General Longstreet's attack soon surged through. It was the turning point of the battle and Corporal Gillis witnessed the aftermath. " We were relieved by Davis’ Division and started on the double quick to reinforce our left who had, after a terrible struggle, succeeded in forcing the enemy back and at that moment everything was progressing favorably on our side. But the enemy drove Davis from his position and cut our army into two parts. T
Post a Comment
Read more

Born into the Union Again: A Buckeye View of the Occupation of Nashville

Nashville was the first of the Confederate state capitals to fall during the Civil War when the forces of the Army of the Ohio under Major General Don Carlos Buell entered the city in February 1862. Federal occupation became a fact of life in wartime Nashville and while the Federal hold on the city was threatened on a few occasions, the Confederacy never again controlled the city.  The following account written by Corporal John Cox of the 24th Ohio Infantry gives a first hand account of the first days of Federal occupation of the city. It is interesting to note that Cox believed that Nashville residents became "Union to the hub" shortly after General William Nelson issued his directive to the troops prohibiting plundering of either private or public property. " They have been taught to believe that the Yankees were such desperate creatures and that our mission was to plunder, steal, destroy property, outrage females, etc., and this scared them out of their wits,"
Post a Comment
Read more

Deposing the Tyrant of Bacon Creek 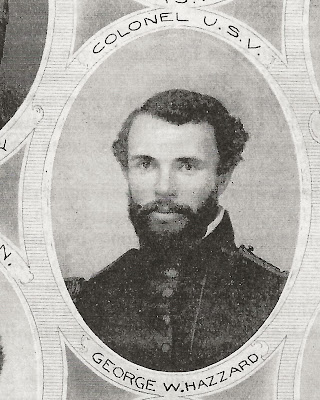 This particular story is of great interest to me personally as my closest Civil War ancestor, James P. Brown of Co. D, served in the 37 th Indiana for four years and no doubt Grandpa Brown would have a thing or two to say about Colonel Hazzard’s conduct.
Post a Comment
Read more
More posts