Showing posts from October, 2019
Show all

Recently while indexing the Woodsfield Spirit of Democracy from Monroe Co., Ohio, I came across the following account of the Tennessee River expedition that took place in mid-March 1862 where a flotilla of nearly 75 steamships carried 30,000 Union troops from Paducah, Kentucky to Pittsburg Landing, Tennessee. The expedition was under the command of Major General Charles F. Smith, a legendary Regular soldier that was fast gaining a reputation for bravery and competence based on his performance at Fort Donelson. Smith's expedition included two Federal divisions, one under Major General John A. McClernand, and the second a new division led by William Tecumseh Sherman. Major General C.F. Smith This account, written by a civilian aboard the flagship of the expedition, the Leonora , provides the most complete listing of vessels I've yet seen. Given this blog's deep interest in Ohio troops, I have noted the vessels on which Ohio troops sailed to the best of my ability, rely
Post a Comment
Read more

The 25th Ohio and the Camp Allegheny Skedaddle 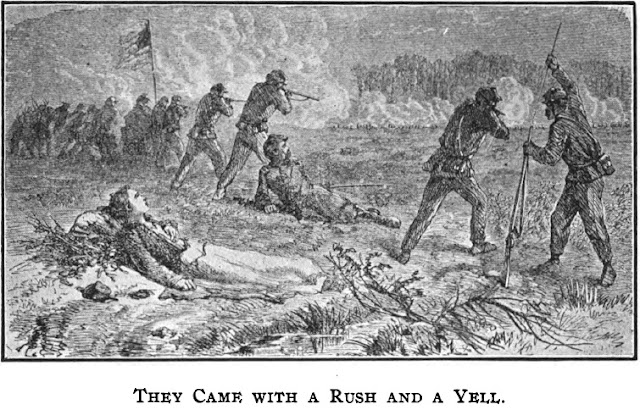 Today's blog post features three letters giving, shall we say, opposing views of the same story. The first letter was written by Captain Jeremiah Williams of Co. C, 25th Ohio Infantry regarding the fight at Camp Allegheny, Virginia that occurred on December 13, 1861. While Williams missed the fight, his letter tells a compelling story obtained from fellow members of his regiment who were there. It was published in the New Year's Day edition of the Woodsfield Spirit of Democracy from Monroe Co., Ohio. The second letter was written by an Ohioan serving in the 9th Indiana Infantry. Loren Caldwell wrote of this same fight but from a different perspective; Caldwell's letter was published in the January 2, 1862 edition of the  Williams County Leader in Bryan, Ohio, in the far northwest corner of the state near the Indiana border. The key point of contention is how did the 25th Ohio behave at Camp Allegheny? Caldwell charged in his letter that the "25th Ohio did not stan
Post a Comment
Read more

Give 'Em Hell by the Acre: The 21st Ohio Earns its Laurels at Stones River 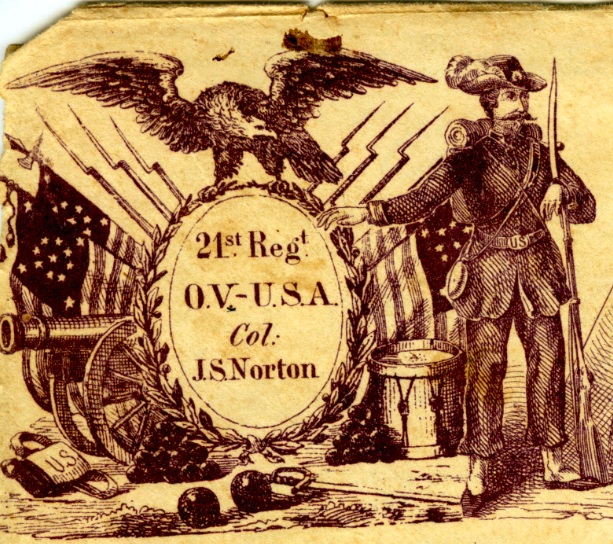 Captain Arnold McMahan of Company C, 21 st Ohio Volunteer Infantry sat beneath a cedar tree attempting to tabulate the casualties suffered by his company in the fight of that morning. It was a sobering experience for the young Captain- he could now put his hands on less than half of the men that marched into battle under his command that morning. One man he knew to be dead; three of his five Sergeants had been wounded to one degree or another. At least ten of his Privates had been hit and he was attempting to send the worst wounded to Nashville for medical treatment. With so many of the men, no one knew where they were. Were they wounded? Captured? Lost or had they fallen in with another Federal regiment? Answers were few and questions many. Captain Arnold McMahan, Co. C, 21st O.V.I. The company was nearly out of ammunition, as indeed the regiment was that evening; the ordnance train had been caught up in the general maelstrom of the battle and had drifted away. The co
5 comments
Read more
More posts