Showing posts from March, 2019
Show all

“Give it to ‘em boys, you’re cutting them all to hell!” The 14th Ohio Battery at Shiloh 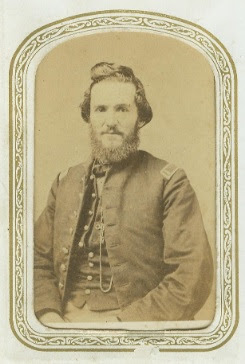 The 14 th Ohio Battery was recruited by Captain Jerome Bonaparte Burrows of Geneva, Ohio from the northeastern counties of Ashtabula, Geauga, Lake, and Trumbull, mustering into service September 10, 1861 at Camp Cleveland. The battery trained in Cleveland for several months before heading south in January 1862. Originally destined for duty out west with the 2 nd Ohio Cavalry, it reached St. Louis where General Halleck elected to keep the battery for operations in Tennessee. The battery arrived at Pittsburg Landing, Tennessee on March 14, 1862 and went into camp. First Lt. Homer H. Stull, 14th Ohio Battery Photo from Find-A Grave courtesy of Rick Lawrence Homer H. Stull of Trumbull County, Ohio was appointed a First Lieutenant in the battery on September 10, 1861 and wrote a series of ten letters to his hometown newspaper The Western Reserve Chronicle describing the services of Burrows’ Battery. His brother John was a resident of Warren, Ohio and friend of the editor of the
Post a Comment
Read more

"I lay me down to sleep and he to die." The 71st Ohio Infantry at Shiloh 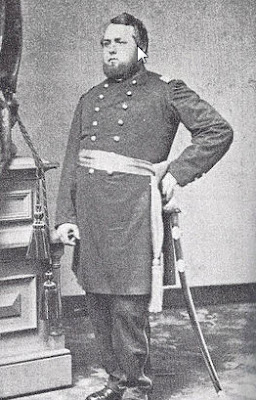 An account of the Battle of Shiloh from First Lieutenant Newton Jasper Harter, Co. I, 71 st Ohio Volunteer Infantry Several years ago, I was digging through the Illinois Newspaper Archive and came across an intriguing account of the Battle of Shiloh written by an unnamed soldier from the 71 st Ohio Infantry. The private letter, published on page one of the May 16, 1862 issue of the Macomb Weekly Journal from Macomb, McDonough Co., Illinois, was written to the correspondent’s brother who was then living in Macomb. “The 71 st Ohio was one of the regiments that was reported to have run,” the editors stated. “From this letter it would appear that the regiment stood its ground much better than could have been expected from it under the circumstances.” What I found most intriguing about the letter was the detailed account the author left of the final hours of Lieutenant Colonel Barton S. Kyle of the 71 st Ohio. It took a bit of detective work and cross checking other accounts
Post a Comment
Read more

"My boys from Cleveland, for God's sake do your duty!" The 54th Ohio Infantry at Shiloh 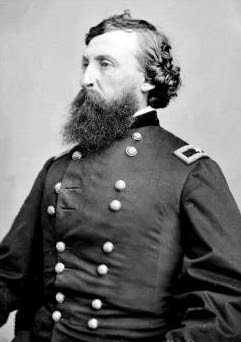 An account of the Battle of Shiloh from Second Lieutenant George W. Browning, Co. E, 54 th Ohio Volunteer Infantry The 54 th Ohio Infantry was organized in late 1861-early 1862 with companies from all over the state: Allen, Auglaize, Butler, Cuyahoga, Fayette, Greene, Hamilton, Logan, and Preble Counties among others all supplying men for the regiment. The 54 th Ohio wore Zouave uniforms in the early days of its service, one of only a few regiments from Ohio so attired. Thomas Kilby Smith, an attorney from Cincinnati, was appointed regimental commander following an active political career in which he studied law with Salmon P. Chase, served in the post office department, as U.S. Marshal for Southern Ohio, and as deputy clerk for Hamilton County.   Colonel Thomas Kilby Smith, 54th O.V.I. The 850 men comprising the regiment arrived in Paducah, Kentucky on February 17, 1862 and was assigned to Brigadier General William Tecumseh Sherman’s Fifth Division and assigned to the
4 comments
Read more 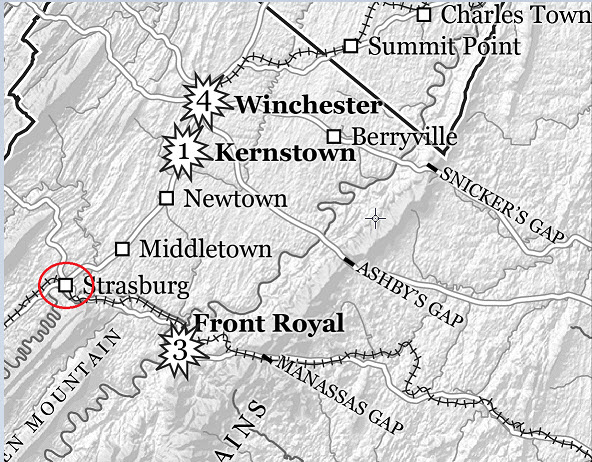 A few days before the First Battle of Kernstown (March 23, 1862), a portion of Shields' Federal Division fought a minor skirmish with a portion of Stonewall Jackson's army just south of Strasburg, Virginia. The results were inconclusive; the Rebels retreated from the field and the Federals returned to Strasburg, but it helped set the stage for the Battle of Kernstown which took place five days later.   Captain James Huntingdon commanded Battery H, 1st Ohio Volunteer Light Artillery; this battery was part of Lieutenant Colonel Philip Daum's artillery battalion and earned a distinguished combat record with the Army of the Potomac. Battery H had men from opposite corners of the state: Marietta and Toledo. Huntingdon's letter to his wife (reprinted below) appeared in the April 2, 1862 issue of the Marietta Intelligencer and gives some insight into this relatively obscure engagement.   A map showing the principal towns of the Lower Valley. Captain Huntingdon
1 comment
Read more

Two Yankee Gunboats at Our Landing! The Federal gunboat raid on Florence, Alabama in February 1862 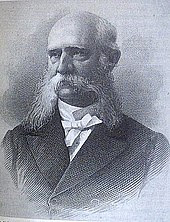 Lieutenant Seth Ledyard Phelps of Ohio The breathless headlines in the February 12, 1862 issue of the Florence Gazette told the tale: Citizens Leaving! Three steamboats burnt! Two others sunk! Two Yankee Gunboats at Our Landing! Following the successful Federal gunboat assault that compelled the surrender of Fort Henry on February 6, 1862, three timberclad gunboats (the Tyler , Conestoga , and Lexington ) under the command of Lieutenant Seth Ledyard Phelps of Ohio ascended the Tennessee River. Their mission, as described by Phelps’ brother Alfred who was Paymaster aboard the Conestoga , was “to proceed up the river in search of Rebel steamers and gunboats and go as far as he thought discreet and proper to go. We had great difficulty in opening the draw to the splendid railroad bridge that crossed the river 25 miles above Fort Henry,” he wrote. There were three or four steamers three miles upstream and when they had passed they had, in their great haste no doubt, fo
Post a Comment
Read more
More posts