Showing posts from February, 2018
Show all

Charles Edward Bliven of the Army Telegraph Corps at Shiloh 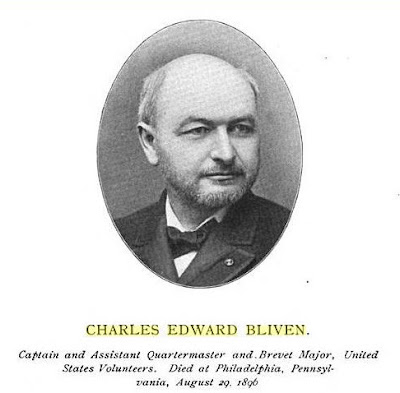 This article focuses on the Civil War era correspondence of military telegrapher Charles Edward Bliven (pen name “Pen Lever”) to the editor of the Daily Toledo Blade from late 1861 to the fall of 1862 as he followed the fortunes of the western Federal armies. While Bliven occasionally touches on his specific duties with the telegraph corps, the primary focus of his correspondence centers around his impressions of the communities in which he worked. Recruited into the nascent Army Telegraph Corps in late 1861 “by reason of his practical knowledge of telegraphy and high standing as an expert in that art,” Bliven initially worked as the chief operator in General Don Carlos Buell's headquarters in Louisville, then went south after the Battle of Shiloh and after some time in Nashville, headed west to work as the chief operator in Memphis. His travels took him into northern Alabama and western Tennessee, and he was in Jackson when that city was threatened by Armstrong's cavalr
Post a Comment
Read more 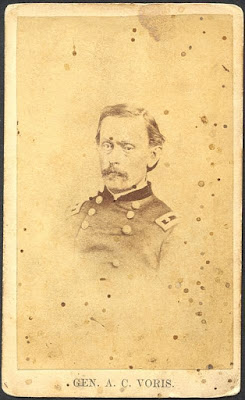 One of the favorite regiments that I've been introduced to over the past 20 years of Civil War research is one discovered in my own backyard: the 67th Ohio Volunteer Infantry. The 67th Ohio served exclusively in the eastern theater, starting off their service in the Shenandoah Valley fighting against Stonewall Jackson at First Kernstown in March 1862, then traipsed all over Virginia with Shields' Division before joining the Army of the Potomac at Harrison's Landing in the wake of the Seven Days battles. For the remainder of the war, the 67th Ohio served in what I would term the 'backwaters' of the war: Suffolk, Va., the sea islands in South Carolina, and then Bermuda Hundred. As Grant's army closed in on Petersburg, the 67th Ohio took part in the siege and played an important role in breaking the Confederate hold on Petersburg by storming Fort Gregg on April 2, 1865, and was present for the close of the war at Appomattox Courthouse. The 67th Ohio's soldier
Post a Comment
Read more
More posts