Showing posts from December, 2018
Show all

Death of a General: The Final Days of Joshua Woodrow Sill 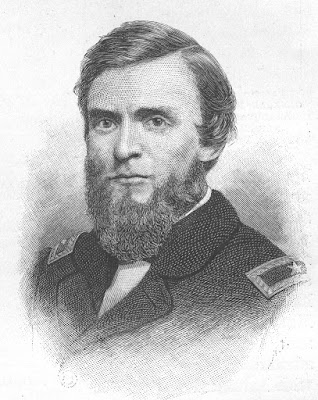 Joshua Woodrow Sill was born December 6, 1831 in Chillicothe, Ross Co., Ohio to attorney Joseph Sill and his wife Elizabeth. Sill’s mother died before he was three years old and consequently he spent much of his youth with his relatives in nearby Hillsboro. He proved to be an adept scholar, especially at mathematics, and was appointed to West Point in 1849 not “from any predilection for the military profession as a vocation” but because “it offered an inexpensive way to a good education.” Sill proved to be a superb cadet, graduating third in the class of 1853 which included future Civil War generals and fellow Ohioans Philip H. Sheridan and James B. McPherson. His first assignment was to the government arsenal at Watervliet, New York followed by assignment back to West Point as an assistant professor of history, then stints in Vancouver, Washington Territory and Leavenworth, Kansas Territory. Brigadier General Joshua Woodrow Sill In January 1861, Sill resigned his commissio
Post a Comment
Read more
More posts